a new theme park for the largest country in the world 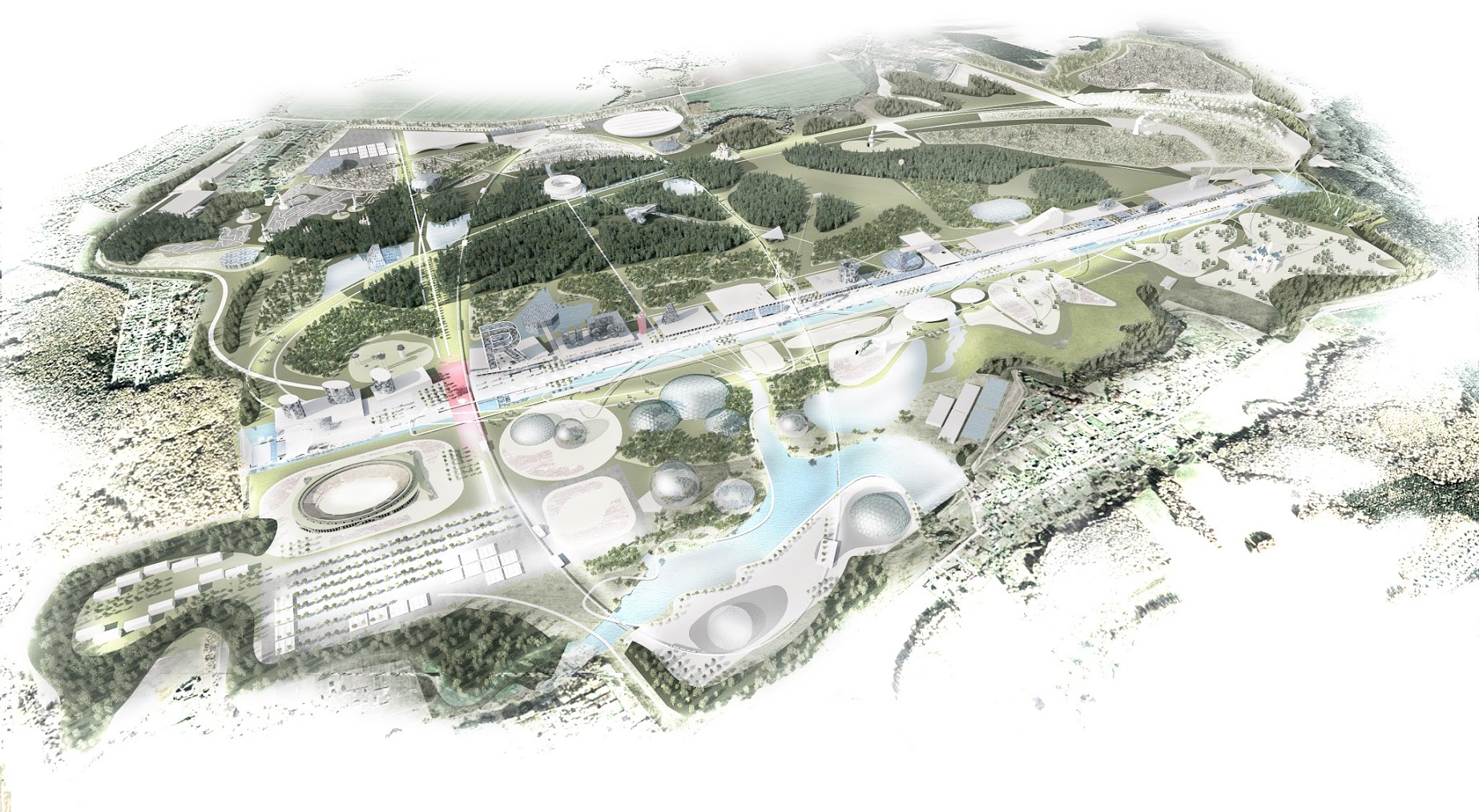 Park Russia is a competition entry for the development of a new theme park close to Moscow.

The project was developed together with the Moscow based studio CITYMAKERS.

The general concept of the Theme Park of Russia (Park) is based on the ideas of Russian symbols within the identity of the country as a whole, with a creation of scenario and principal scheme of a future organization of the territory.  The system of “three orbits” forms the basic concept of the Park; each one is dedicated to a special theme and concentrates objects of different zones – educational, sport or recreational.

Within a zone where all three orbits intersect, Presidential Botanical Garden is located – the most protected from the harmful effects place where not only the majority of plants from all over the country are collected, but also the most precious species are saved.

Form of the Park follows the contours of the country; planning structure is based on the same principle of real geographical similarity. There are three main centers in the Park, each of which has its own specifics. Thus, in the north, near the main entrance to the park ‘Saint-Petersburg’ is situated, which includes cultural and educational function (the exhibition halls, convention centers, offices and research laboratories). The second key point of the park is ‘Moscow’ – the center of entertainment and commercial services (hotels, restaurants / cafes, shops, etc.) It is located at the intersection of the axis ‘St. Petersburg’ – ‘Sochi’ and walking avenue “Endless Russia”, thus giving to visitor the greatest variability in many ways. The third point – ‘Sochi’, sports and fitness center of the Park including both winter and summer sports due to its location.

In order to connect the most distant points of the park pedestrian avenue was introduced, a 4.5 km length – ‘Endless Russia.’ The entire length of the path will be surrounded  with hotels, cafes/restaurants, shops, attractions and viewing platforms, addressed to the Park. Along the edges of the platform pedestrian passage runs, protecting against wind, rain, snow, and combining adjacent buildings.

To maintain the idea of ​​the unity of all the subjects of Russian Federation, pedestrian path will be divided in 83 (number of subjects) equal sized pieces. The boundaries of each region will be stamped on the avenue, and information about famous natives, major attractions and achievements of regions will be represented   here. For the convenience of visitors, all information will be collected into a library based on mobile applications. Thus, it will be easy to get acquainted with the biographies of prominent personalities, architecture features, literature and cuisine and get a full understanding about the culture of each subject.

Transport:
The Park is planned to use the following kind of public transport:

Monorail line forms an ellipse bounding Presidential botanical garden and linking the northern and southern points of the Park. Cable car connects different functional areas of the Park – winter sports, amusement parks, Safari Park, with the main promenade and has several interchanges with LRT line running along it. For other purposes electric cars will be used, as the most ecological and relevant in the context of the Park mode of transport. “Endless Russia”   avenue which is the main pedestrian area of the Park, offers both traditional and completely unique ways of moving. In addition to an exciting route for walkers, light railway line is provided, as well as the world’s longest roller coaster ride, with the help of which the outermost points of the prospectus can be reached in just a minute and a half. 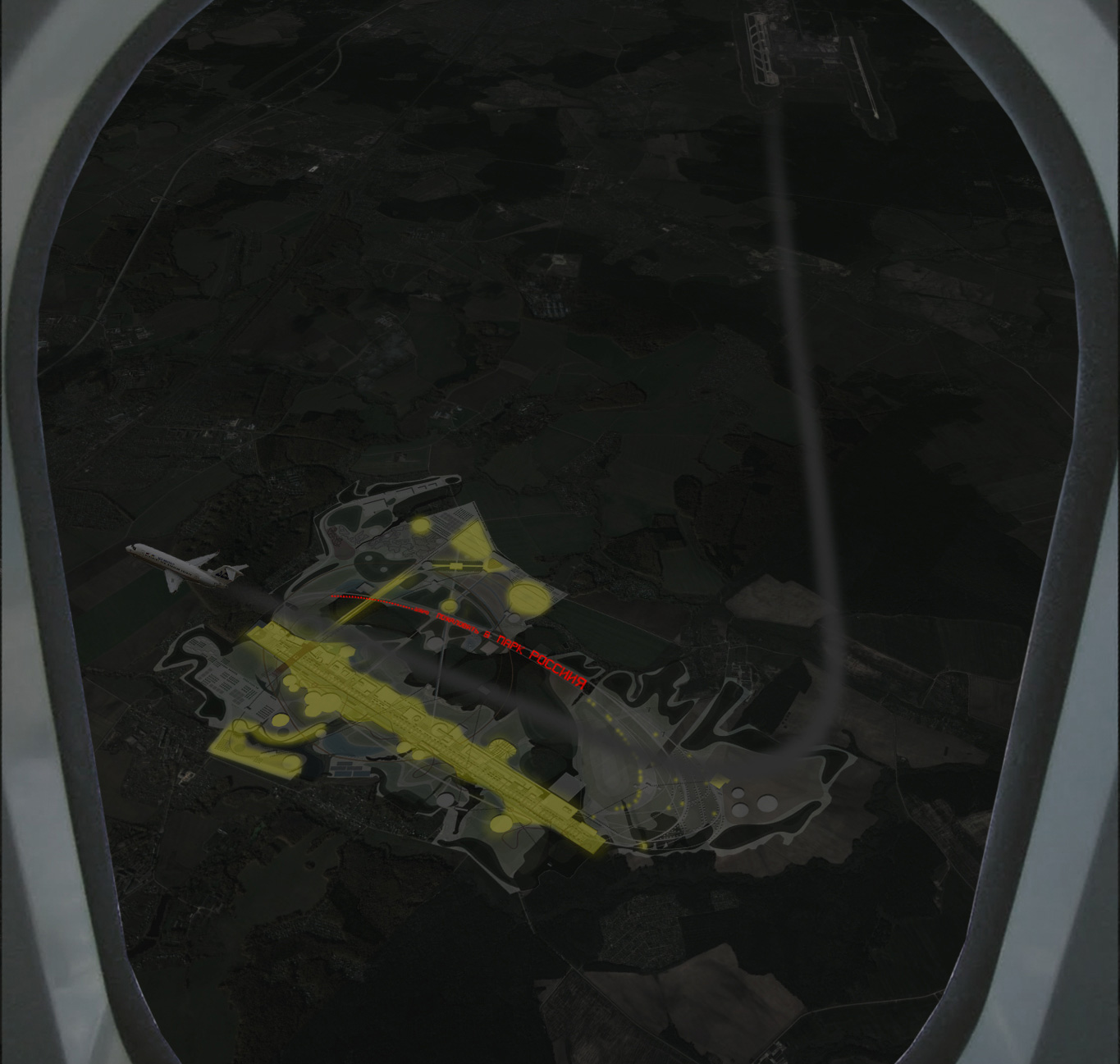 in collaboration with CITYMAKERS