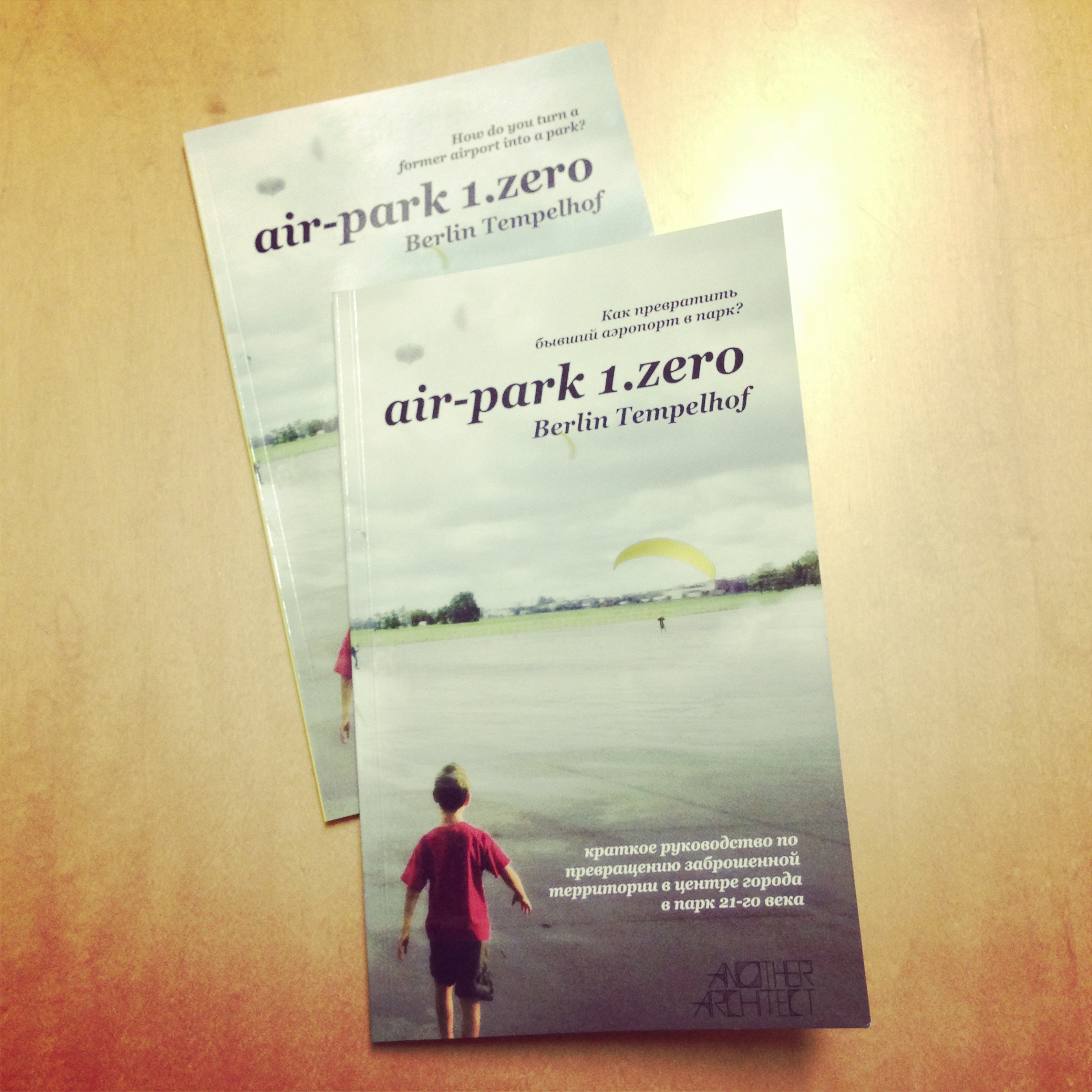 Now you can order online both a Russian and English version of our latest pocket book. It´s a short manual in 10 points on how to turn an abandoned site into a park of the 21st century. The publication consists of 50 pages with loads of  visualisations from our winning competition entry for a new park on the territory of the former airport Berlin Tempelhof .

Many cities, communities and planners have to deal with urban voids nowadays. It´s either due to shrinkage of the city population or because of distinction of certain industries. Even if the reasons and the conditions are manifold there is big similarities to such sites.

This little manual is based on a winning scheme of an international competition for an abandoned 300 ha airport site in the center of Berlin. anOtherArchitect and it´s collaborators proposed not only design but a general approach to such huge abandoned sites.

It´s a comprehensive reinterpretation of the concept for a roadmap for Tempelhof airport so it could act as a starting point for similar projects.

The books are available worldwide for 15,90 EUR via the blurb print-on-demand bookstore.